​​The church is known to have had six bells by 1629, when five of them were recast by Roger Purdue. In about 1775 the tower contained eight bells, and there were said to have once been two others hanging under the smaller spire. Two of the eight had been cast by Abraham Rudhall in 1713 and 1721 respectively, and two by Thomas Rudhall in 1771.

In 1814, whilst the ringers were ringing a peal, the tenor bell fell from its supports and cracked one of the other bells. Fortunately, no one was injured. The two of the bells were recast the following year by Thomas Mears of Whitechapel, and two more were added to the peal to make the current total of ten.

The bells were overhauled and re-framed in cast iron by Loughborough Bellfoundry in 1893. A further renovation of the bells was supported by Stroud Preservation Trust in 1989. Records show that 173 full peals of the bells have been rung since 1772, the latest being in August 2015.
On 15th October 1887 the 95th birthday of Giles Mansfield was celebrated. Giles was born in Painswick on 15th October 1792, and married Olive Roberts in 1813, and they later moved to Stroud. Olive died in 1843, and on 29th March 1856 the 62-year old Giles married 29-year old Mary Ann Godwin at St Laurence church. For 80 years, Mansfield was a well-known and respected bell ringer with both the Painswick and St Laurence societies. Mansfield died on 20th April 1889, at the age of 96, and was buried in Stroud Cemetery. His gravestone reads: 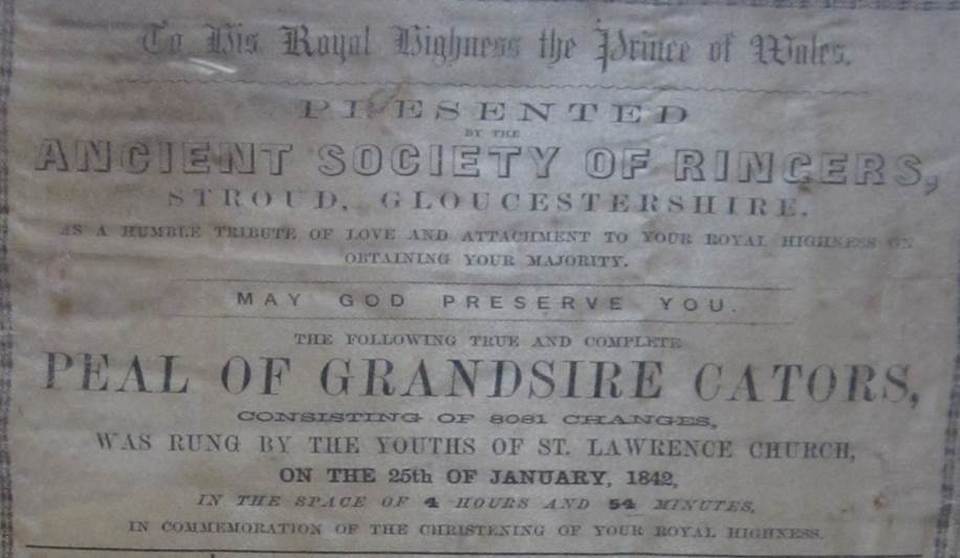 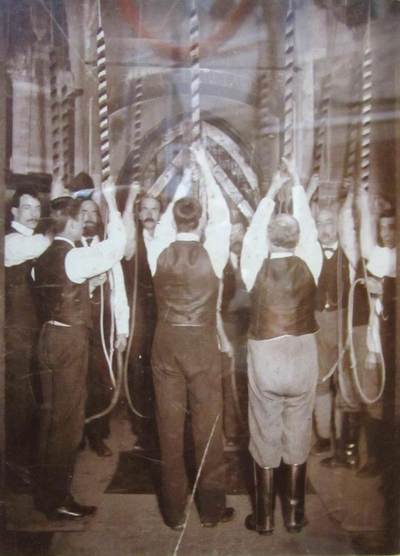 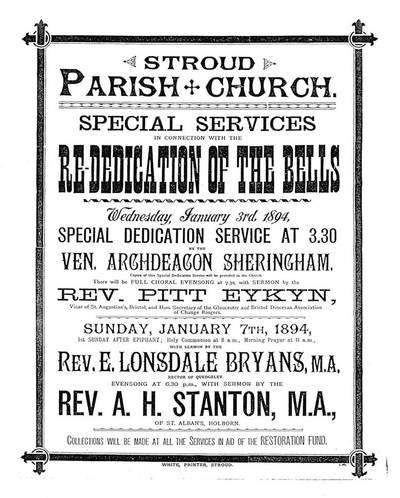 Above left: St Laurence bell ringers, about 1905
Above right: Re-Dedication of the bells, 1894 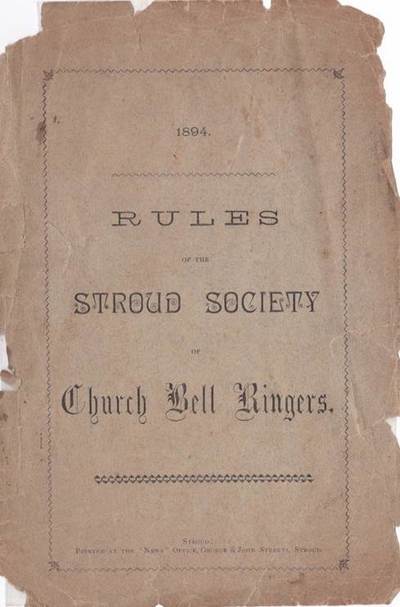 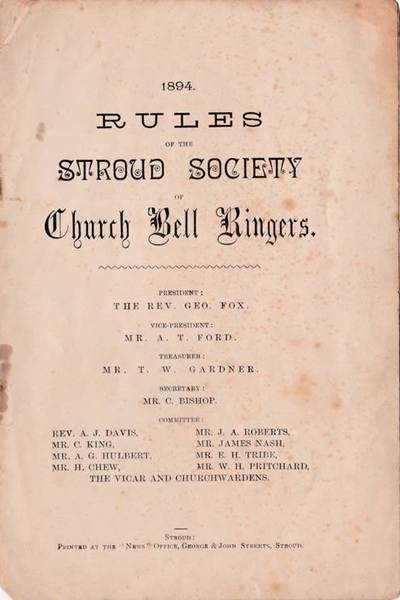 Stroud Society of Church Bell Ringers, 1894
In 2007, Eric Hitchins (a bellringer in Norwich, and brother of the then St Laurence Tower Captain, Laurence Hitchins) was on holiday in Australia and visited the bell tower of Holy Trinity Church in Hobart, Tasmania (now a Greek Orthodox church) – where he was surprised to find a photograph on the tower wall of St Laurence bell ringers. The photograph is believed to date to about 1935 and shows, from left to right:
B Latham, L Barry, J Pritchard, W Pugh, W Dean, W Mills, G Orchard, C Canham and P Riddiford.
All except W Pugh are known St Laurence bellringers. In spite of strenuous efforts, the identity of Pugh has never been discovered, nor has any explanation as to how this photograph comes to be on a church wall in Hobart, Tasmania. 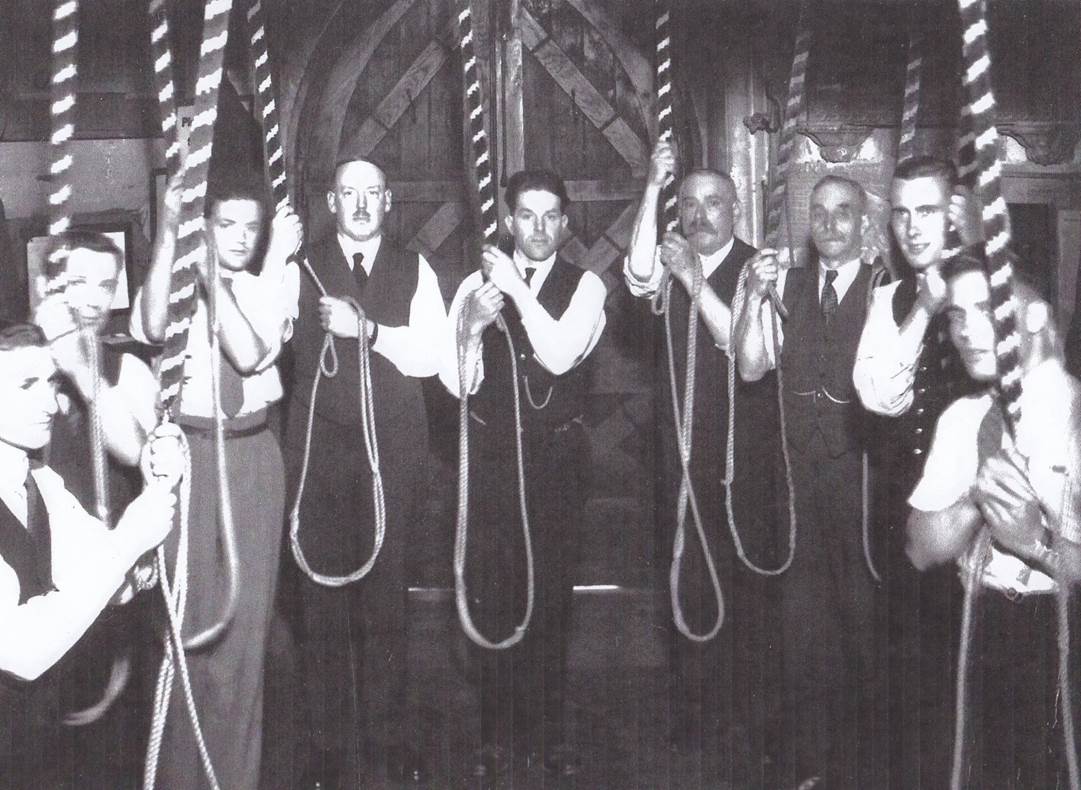 The mystery photograph of St Laurence bell ringers of about 1935 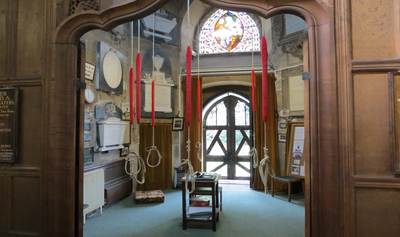 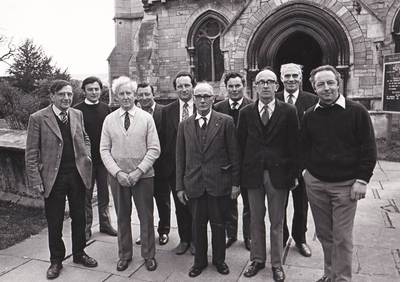 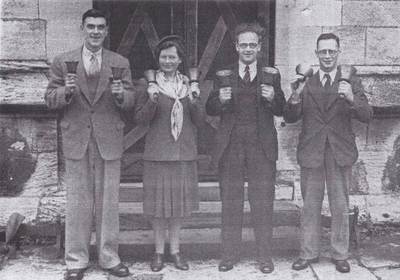 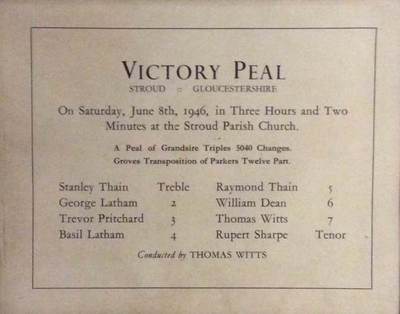 Do you want to be a member of the St Laurence Bellringers?
No experience is needed, and full training will be given.
Bell-ringing practice is at 1900 every Tuesday.
​If you are interested, then please contact
Dr David Pouncey
david@dacgp.plus.com

Bell-Ringing Times @ St Laurence
Ringing for Sunday Services8.45–9.30am for Morning Service on the First, Second and Fourth Sundays of the month
3.45–5.00pm for Evening Prayer on the Third Sunday of the month
Practice timesRegular practice takes place on Tuesdays, 7.30-9.00pm