​The current church organ is a fine three-manual instrument built and installed by Norman & Beard of Norwich in 1906, to a specification by Dr Charles Harford Lloyd. It replaced the original organ which had been installed by John Avery of Westminster in 1798. It was subject to a major refurbishment in 1996, when it was converted to an electro-pneumatic action. In 2016 further work was done to repair the bellows. 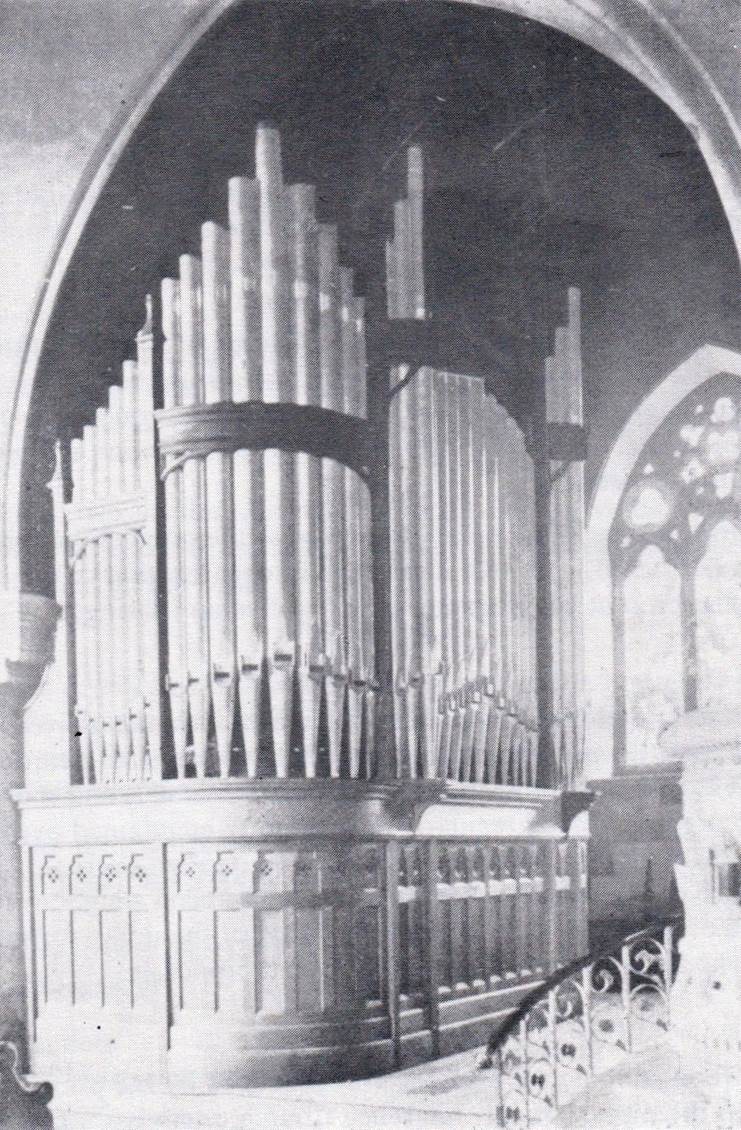 Alfred T Ford's photograph of the new church organ in 1906 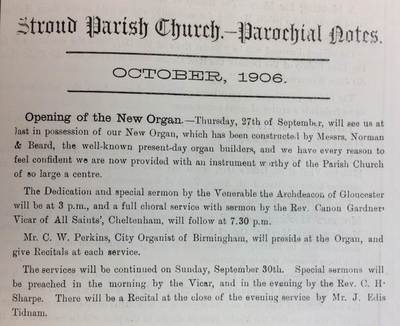 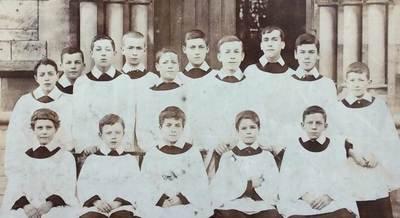 Above left: The opening of the new organ from the Parish Magazine, October 1906
Above right: St Laurence choir boys, 1920s 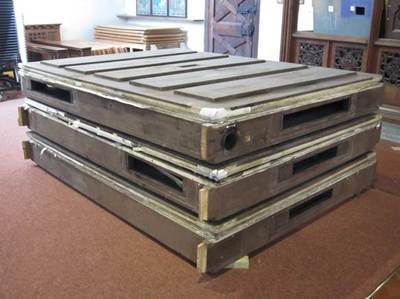 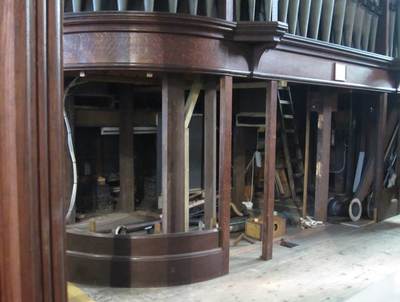 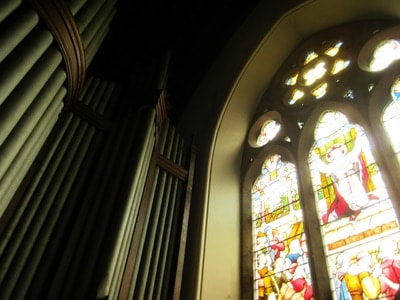 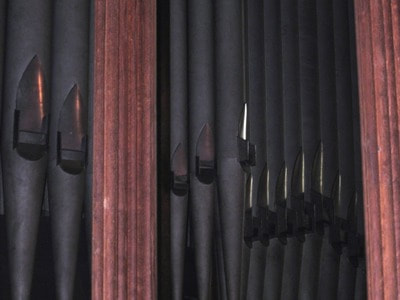 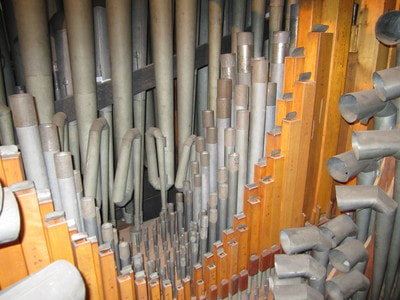 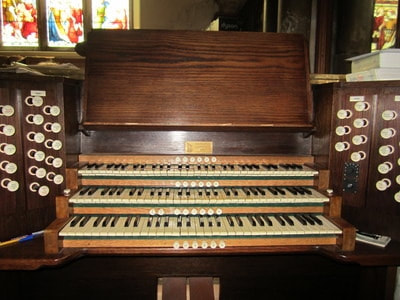 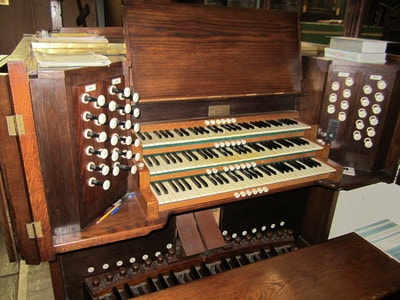 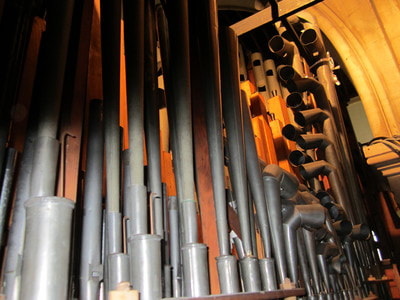 The original church organ by John Avery of Westminster had been installed on 18th April 1798 in a gallery at the west end of the nave, and this was considered a great event in the annals of Stroud. William Ellis, the officiating curate, recorded it in the parish register:

​Gertrud Mara (1749-1833) was a celebrated German operatic soprano, who was performing that same year at Covent Garden in London. 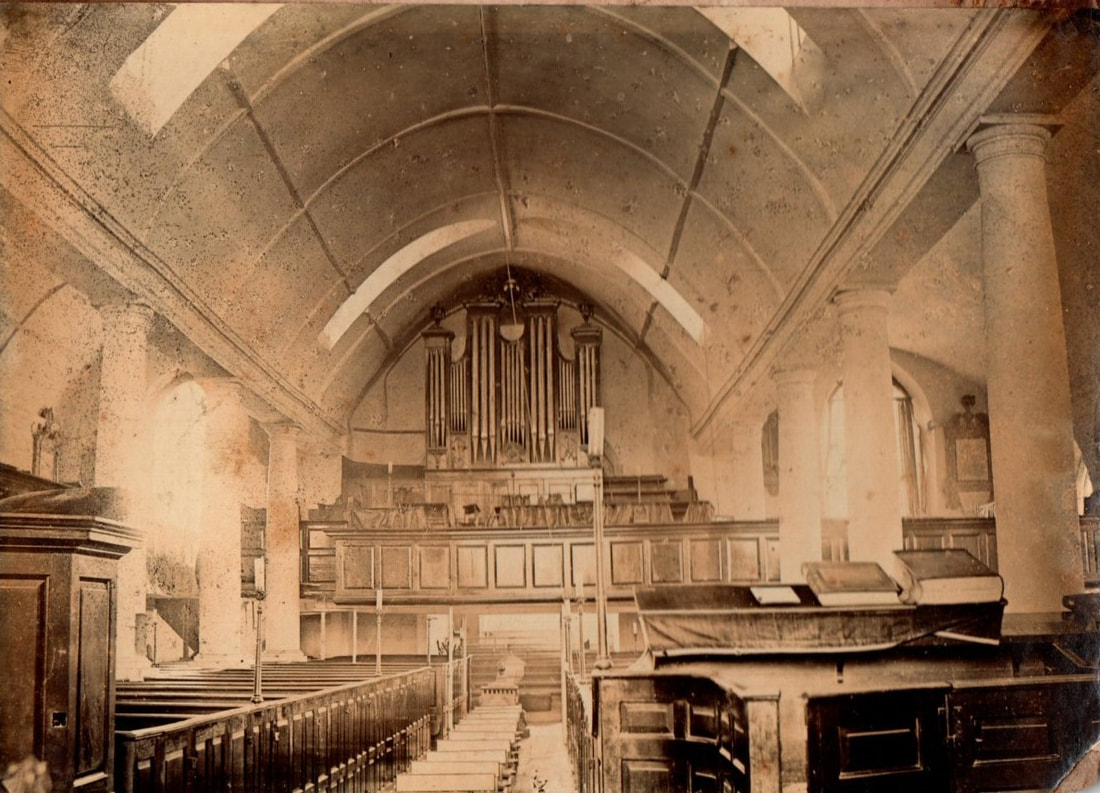 The original organ installed in its gallery at the west end of the nave
Oak panels from the old organ gallery, inscribed with a record of the original benefactions; removed when the new church was built 1866-1868, and used to line the walls and cupboard insides of the new vestry

​James Chew (1828-1899) was a local man who was appointed organist at Chalford Church at the age of just 14. Eventually devoting himself fully to music, he opened a music shop in Stroud, and was appointed organist and choirmaster at St Laurence on Christmas Day 1851. He led the band at Stroud Choral Society concerts for many years.
LEFT: James Chew, from Stroud Journal, March 1899
CENTRE: Advert from Stroud Journal, 25 July 1857
RIGHT: TL Chew & Sons shop, corner of King Street and Bath Street, Stroud, late 19th century
​Samuel William Underwood was famously Organist of St Laurence and Conductor of Stroud Choral Society between 1906 and 1958, being awarded an MBE in 1957 for his contribution to music in the West Country.
Remembrance Service for Samuel Underwood, 30 August 1958
John Denton, was organist and choirmaster from 1961. He was tragically killed in a car crash in March 1985.