So, what's been happening in the
​Church Grounds recently?
Many thanks to Mike Dando, Manager, Joe Graham, Horticulture Ranger, and the rest of the Green Spaces team at Stroud Town Council, who do such a wonderful job managing our church grounds.

Recently completed work has included cutting back and renovating the flower bed immediately to the left of the main church door, and clipping the yew tree. ​
Mike's team is also planning to remove the Japanese Laurel along the Church Street boundary, which is being aggressively attacked by a fungal infection.  The Japanese laurel is non-native and has no particular biodiversity or environmental value. The aim is to replace it with a native broadleaf hedge (including hawthorn, wayfaring tree, guelder rose, spindle, field maple, dog rose, etc.), with possibly a couple of small trees (possibly Crab Apple and Rowan) to be allowed to grow taller – the hedge will be kept at a level that allows the railings to be appreciated, and better views in and out of the church grounds. This will also benefit biodiversity, producing flowers and berries for pollinators and birds.

The paths have become a little slippery with algae and moss – winter gritting indirectly helps with this; otherwise, the paths will be sprayed with a non-toxic product that will control moss and algae.

Also, Mike's team have installed bird and bat boxes this year.
Visitors to the church grounds may have seen that we have lost one of our large Lime trees. The tree concerned was a victim of the severe storms that hit us on the night of Friday 9th/Saturday 10th August.
Both St Laurence and the Town Council have agreed that the fallen base of the trunk and some of the larger pieces of the fallen Lime tree will remain in situ for the time being, as we are both keen to investigate if we can engage with a local artist to create a bench and/or sculpture using these pieces.

The Lime tree concerned had been weakened by a fungal infection that affects that species, and which isn't apparent from an external visual inspection of the tree. It formed one of a line of three such trees in the church grounds, and it is quite possible that the other two trees may be similarly affected. Stroud Town Council are engaging a consultant to advise on these two remaining trees.
The hedge is of Japanese Laurel, which is non-native, and has no particular bio-diversity or environmental value. The Council are proposing to remove this and replace it with a hedge of mixed native species, including hawthorn, wayfaring tree, guelder rose, spindle, field maple, dog rose, etc. This would produce flowers and berries for pollinators and birds, and be more pleasing to the eye. The work is likely to take place during the November-December period.

The St Laurence church grounds provide a beautiful, tranquil and green space at the heart of the town, and are enjoyed by families and children, workers on their lunch break, and visitors alike. Spring snowdrops and daffodils are a particular feature, but there a plenty of beautiful trees and flower beds to provide interest throughout the year too. 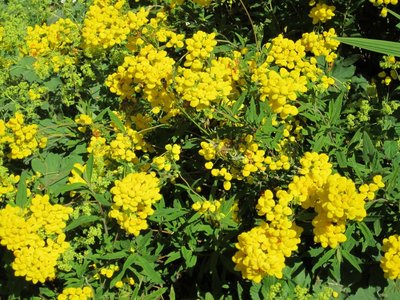 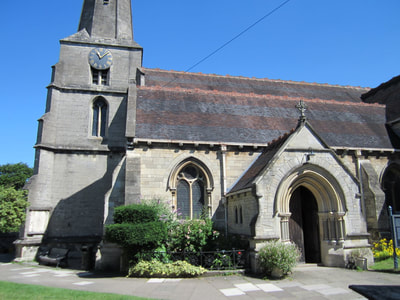 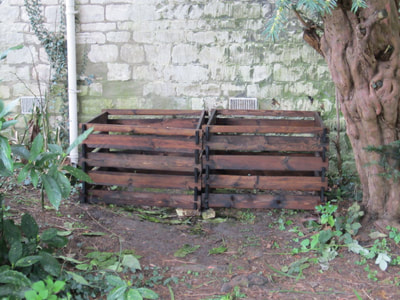 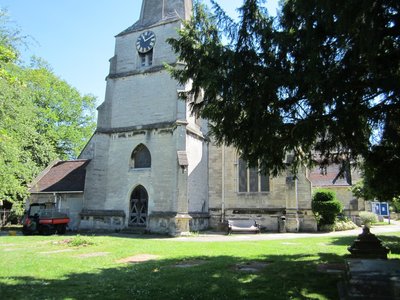 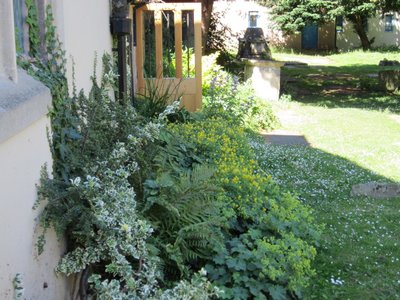 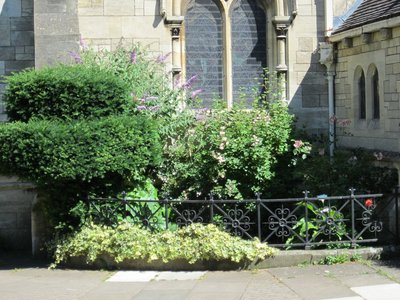 History of the Church Grounds

It is not known when the first burials actually took place in the church grounds, but they were certainly being recorded in the parish registers from as early as 1578. The main area of burials was to the south of the church, in the area accessed today via The Shambles. The burial ground to the north side of the church was added in the late 18th century.

Most of the gravestones and memorials still visible and legible today date from the late 17th century, and through the 18th and 19th centuries, though there has been much disruption to them over the centuries, and not least when the main body of the church was rebuilt between 1866 and 1868. Many of the brass plates attached to the original gravestones (a local feature) were then relocated to the exterior north wall of the church.

The grounds were officially closed to burials in 1885, and it has been estimated that in the period between 1624 and their closure, over 17,000 burials have taken place in the grounds. However, a small Garden of Remembrance has been retained in the north church grounds for the interment of ashes.

​Thanks to the work of Franklyn Bovey, the church has a detailed record of the inscriptions and memorials to be found both within and outside the church, and this is of particular benefit to those seeking to trace their family history. 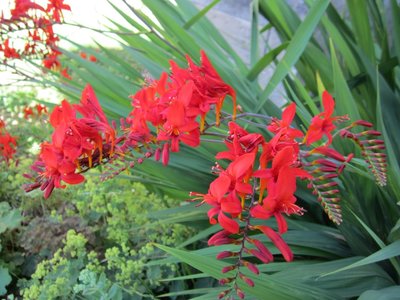 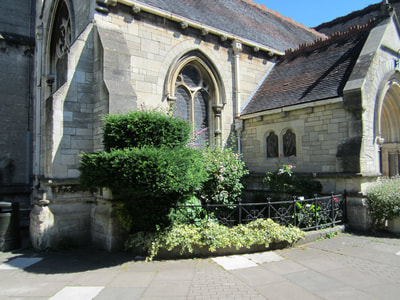 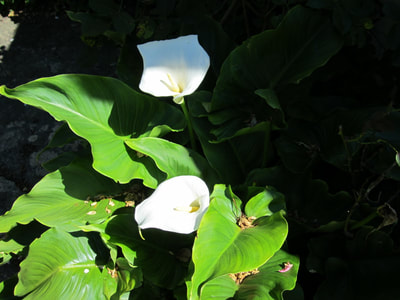 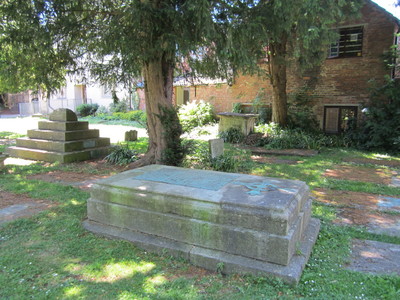 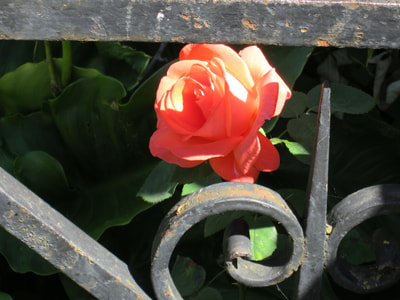 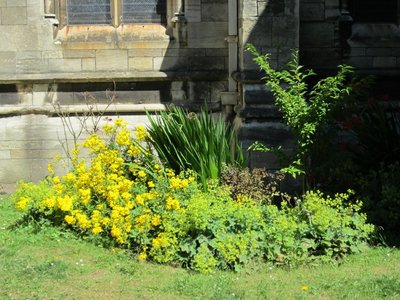 Today, though still owned by St Laurence Parish Church, the grounds are maintained for us by Mike Dando, Green Spaces Manager, and his team from Stroud Town Council.

Mike's team works in conjunction with volunteers from the church to ensure that the grounds are safe and secure for all users, and provide a peaceful and important haven within the town. Recent work has included tree and shrub maintenance, raising canopy levels to introduce more light and visibility, and removing unsightly hedging, blindspots and graffiti.

Volunteers from the church support this work by maintaining the flower beds, and weeding, cleaning and edging the gravestones and tombs. A 'bee hotel' has been installed to encourage local insect life, and compost bins have been provided so that all the church's organic waste can be recycled. 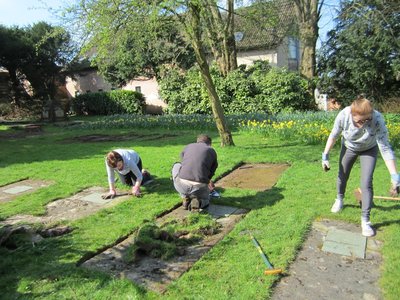 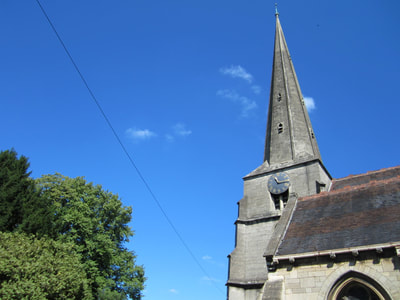 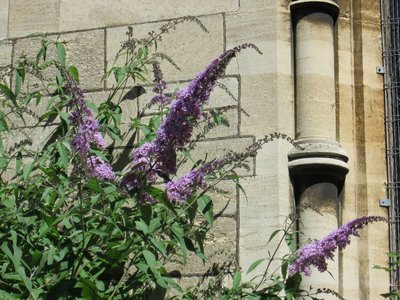 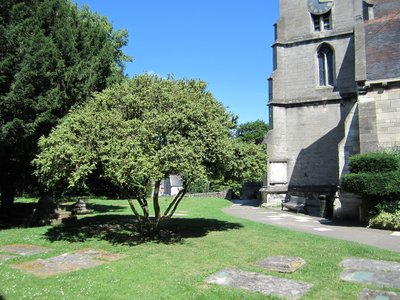 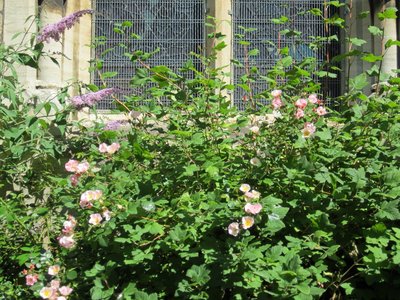 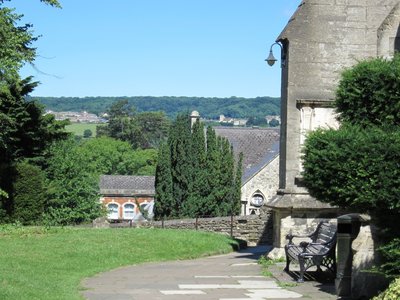 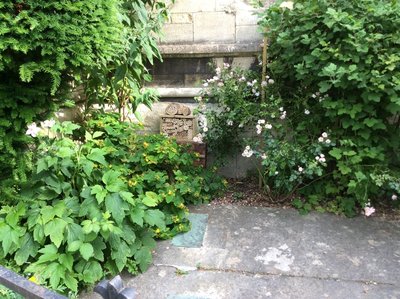 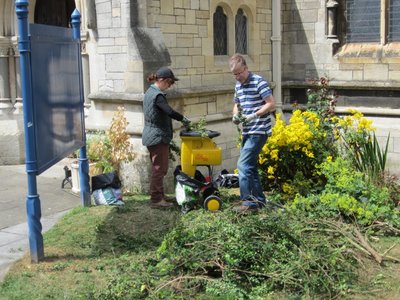 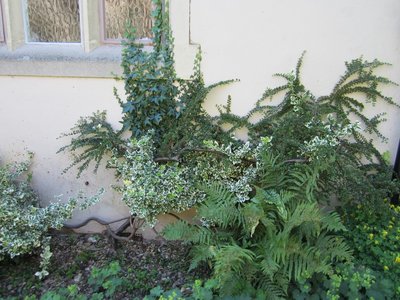 ​"From meditation to insulation, from location to invocation, loving God and his creation should impact everything in our church lives"